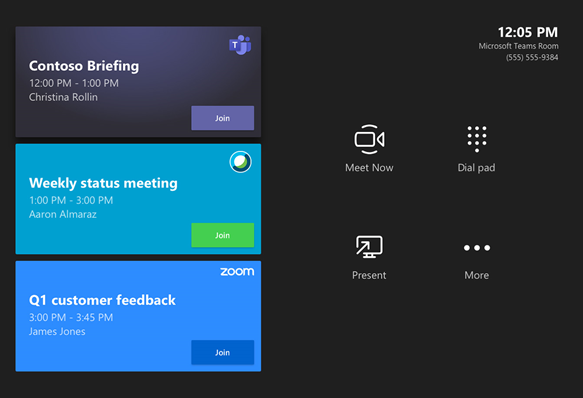 Microsoft Ignite 2020 is just a few days away and one of the most important announcements made in last year’s edition concerns the meeting topic and the implementation by Microsoft, Cisco and Zoom on their room devices of WebRTC support to allow the Direct Guest Join to its platforms by competitors’ room systems.

About a year after the announcement, this feature is now finally available, but now only for Cisco Webex and Microsoft Teams meetings, support for Zoom meetings will be released soon.

I have personally tried the feature both on MTR (Microsoft Teams Room) and on Cisco Room devices and I was really impressed, I also believe that this feature will give a big boost to the adoption of Microsoft Teams in companies that were considering how to update or migrate their meeting rooms.

Let’s see how the feature is activated on MTR and Cisco devices.

The feature is disabled by default, to enable it you need to enter the MTR configuration menu: 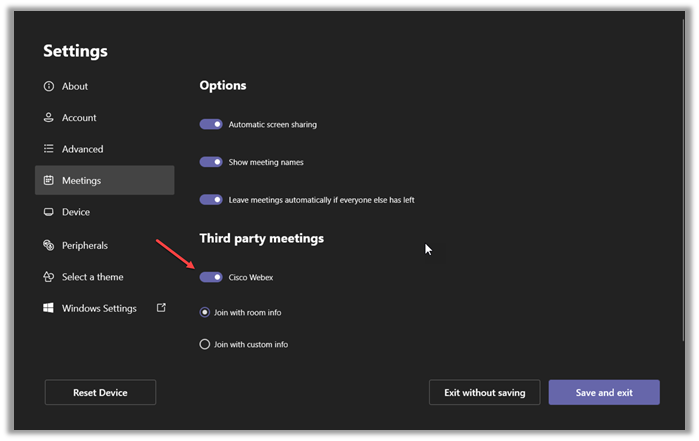 For those who have the “Safe Link” feature active on their antispam system, it’s important to configure an exception for the URLs related to Teams, Webex and Zoom meetings, otherwise the meeting reference url would be altered and the room would not be able to interpret it correctly: 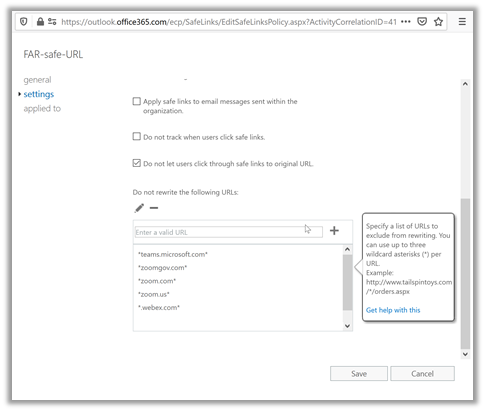 If we want our room to be invited directly from Webex Meeting, it must be enabled to process invitations sent from outside the organization, to do so it is necessary to configure it via powershell on the resource mailbox relating to the meeting room:

The Webex Meeting with its characteristic icon will appear on the MTR panel: 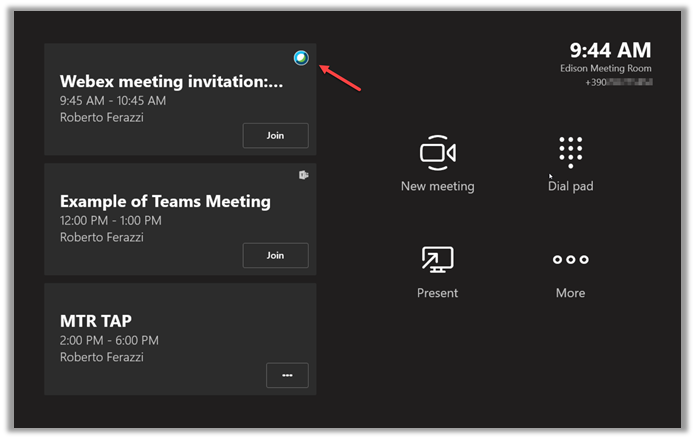 When the meeting start time arrives, the tile changes color: 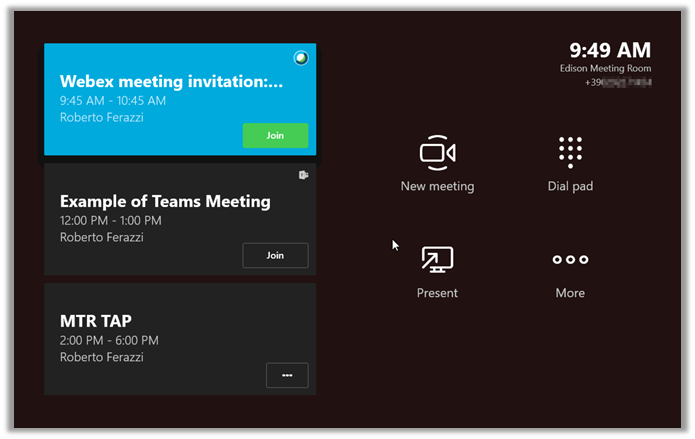 When performing the join, the following appears on the MTR panel: 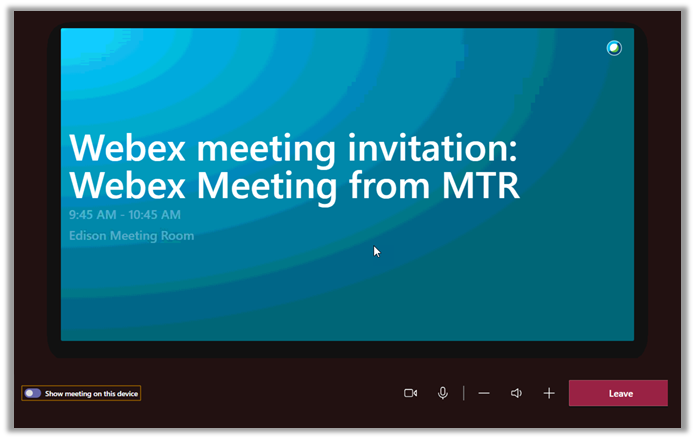 The Teams Room appears within the Webex Meeting exactly as if the join was done from a native Webex device:

Cisco Webex Board and Room devices

The default feature is disabled, to enable it you need to activate the relative setting on the device:

Another required component, which is enabled by default, is the Web Engine: 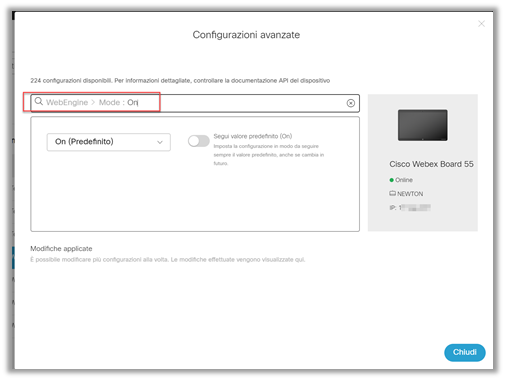 Also in this case the same considerations and the same settings apply if we want the Room to receive invitations from outside.

The Teams Meeting with the characteristic icon will appear on the room monitor: 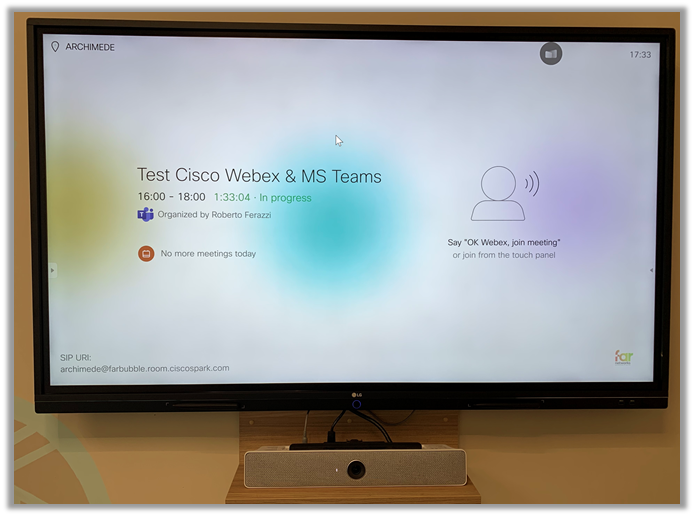 The meeting will also appear on the tablet and through the One Button to Push (OBTP) functionality we will have the possibility to join the Microsoft Teams Meeting: 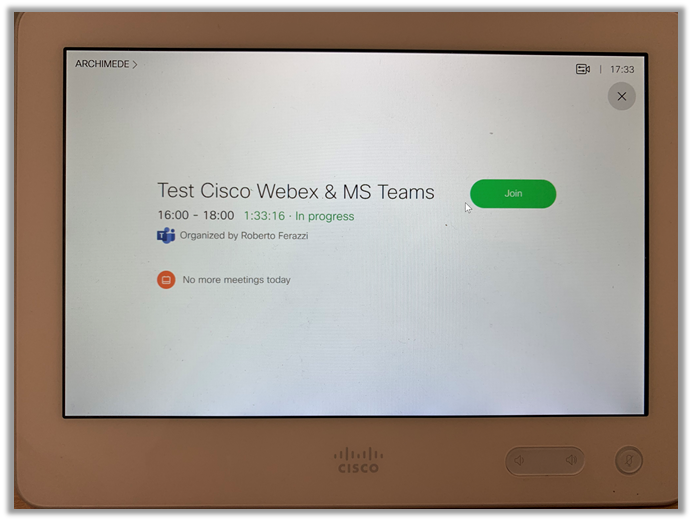 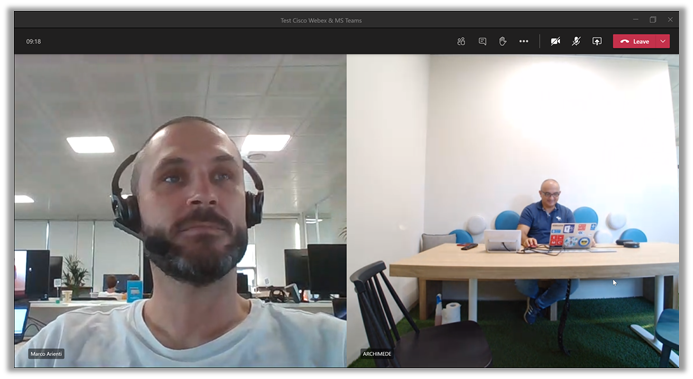 In both cases I tested all the basic features, including content sharing, and it worked perfectly.